Cadbury loses two battles over a shade of purple 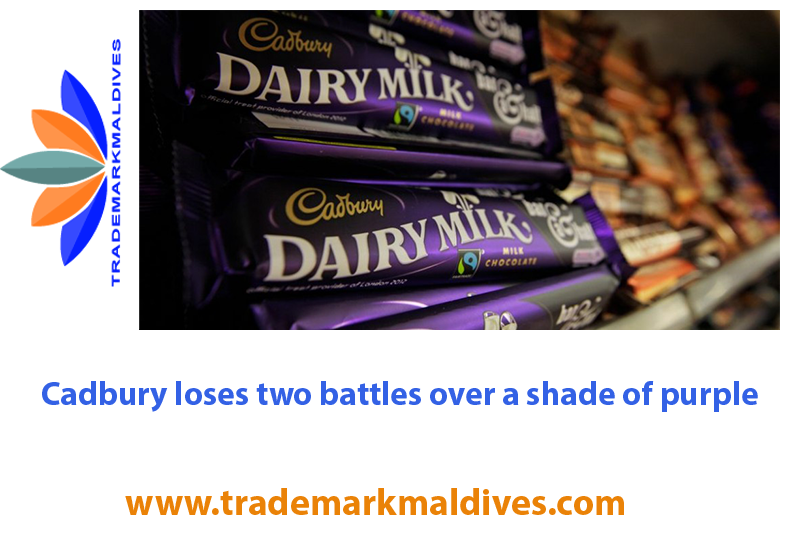 Cadbury, the second largest confectionary brand in the world, has used the purple packaging as its trademark for the “Dairy Milk” chocolate since 1995. Despite Cadbury’s official rights in the Registered Trademark of the shade Pantone 2685C, there has been a long-running “candy war” with their top competitor and rival Nestle over its purple packaging trademark rights. Nestle protested against the trademark claiming that the trademark application failed to adhere to durability requirements and the sample color on the document could fade over time and discredit the accuracy of the trademark. It also stated that Cadbury’s trademark was imprecise and generated ambiguity. In April 2019, The UK Intellectual Property Office (IPO) rendered a decision favoring Nestle by rejecting two of Cadbury UK Limited’s more recent trade mark applications corresponding to the purple shade as applied to its chocolate products.

Cadbury has so far failed to amend description of their 1995 registration, considered to provide limited protection for the color with respect to the chocolate in a tablet form even after making several attempts in the past for their Trademark Protection by following the decision to allow their description under UK no. 3019362 stated as “the color purple (Pantone 2685C) as shown in the form of application, applied to the whole visible surface of the packaging of goods”.

The loss in the court of appeal has put Cadbury in an uncertain place, leading a way for rivals to further challenge them. More Visit: http://trademarkmaldives.com/