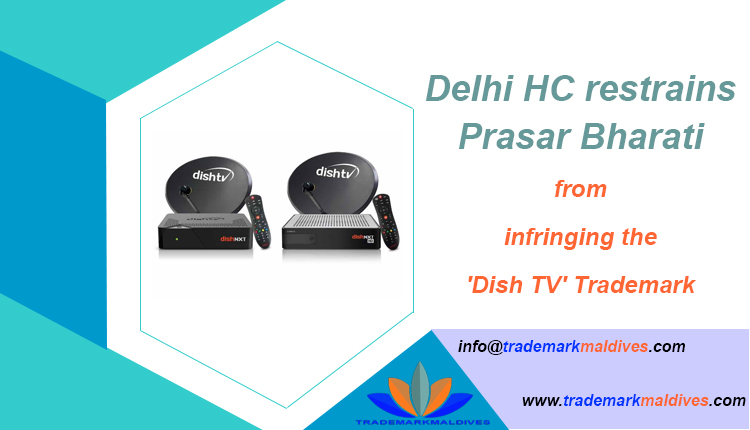 The Delhi High Court (HC) has recently restrained Prasar Bharati from infringing the trademark of Dish TV. Justice Rajiv Sahai Endlaw has passed an interim order in which he said that during the suit’s pendency, the public service broadcaster was restrained from continuing Trademark Infringement of the mark “Dish” of Dish TV India Ltd for its DTH (Direct to Home) service. He ordered the defendant to stop using any mark, including the word DISH, whether it is DD FREE DISH or other.

The Judge expressed his disappointment and said he was dismayed that a famous public sector enterprise is infringing another’s trademark and on being objected, refused to act reasonably.

The High Court continued by saying that at least now the officials responsible for conducting the business of Prasar Bharati are expected to pay attention to the matter and take call, whether it is worth opposing the case or not. Prasar Bharati has three months to bring up a new name in front of its subscribers and customers.

Senior advocate Sandeep Sethi and lawyer Sudeep Singh representing Dish TV have filed the case for a permanent order to restrain the defendant from offering its services by adopting a name, including DISH.

On the other side, Prasar Bharati refuted the case saying that DD Free Dish is quite different from DISH TV, and thus holds no possibility of misleading anyone. Moreover, DISH is a general word that describes equipment, which functions by receiving signals from satellite and no DTH platform can work without Dish Antenna.

The court disagreed with the argument of the defendant and continued that although the mark of Prasar Bharati holds the word ”DD”, which in all senses is associated with Doordarshan, there is no assurance that the same cannot confuse the consumers. Though a bit similar yet the mark can break the connection or fade the identity, which is there in the consumers’ minds. It is possible for the subscribers and consumers to come across a misconception that the complainant, in association with Doordarshan, is offering certain channels for free. Apart from this, such association can result in several opinions that uplift the consumers’ desire for getting the plaintiff’s services for free, thus raising issues for complainant.

At last, the court said, Trademark Law emphasizes preventing such happenings and therefore, on finding the possibilities of such opinions, it has to come to action and stop infringement.  For more visit: https://www.trademarkmaldives.com/