EA files a Trademark Application for Plants vs. Zombies: Battle for Neighborville 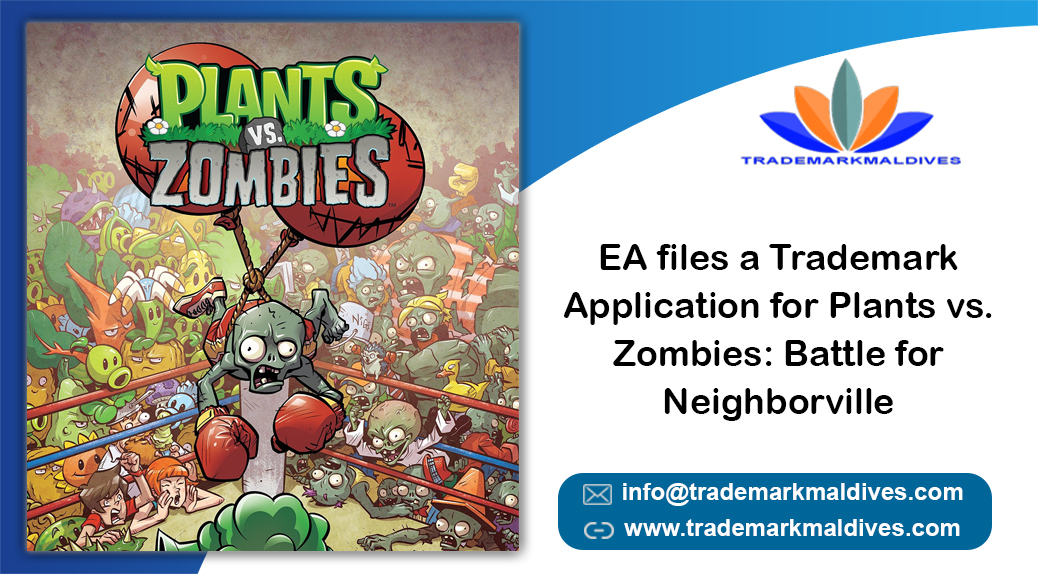 EA, the second-largest gaming company in America and Europe has recently filed a trademark for the name “Plants vs. Zombies: Battle for Neighborville.”

Named as Electronic Arts, EA is an American video game company having its headquarter in Redwood City, California.

Popped up on the records of EUIPO (European Union Intellectual Property Office), the filing doesn’t provide much information other than the date (9th August 2019) on which the firm filed this trademark and confirmation that it got registered against the NICE classifications 9 and 41. It is predictable enough that the former classification pertains to downloadable computer game software through wireless devices or global computer network; video game software, whereas the latter one relates to entertainment services, like giving temporary use of non-downloadable game software; provision of information associated with electronic computer games presented via the internet. These aspects affirm that this trademark is associated with a downloadable computer game, classified under an entertainment service.

Are you aware of Plants vs. Zombies lore? If yes, then you probably know that Neighborville is the name of the series’ setting in the Plants vs. Zombies comics. We can assume that it would be a shooter from the Garden Warfare segment. However, we attained a good idea of its name from the trademark filing, thanks to it.

What does the Trademark Registration imply?

Of course, like many other Intellectual Property Rights (IPRs), trademarks only exist in theory, and this shows that trademark alone hardly means anything. In other words, simply because anything has been trademarked doesn’t mean that it will surely come to fruition. But in this case, it is possible that the Plants vs. Zombies: Battle for Neighborville, which incidentally is the name of the locations existing in Plants vs. Zombies comics will be our upcoming foray with Plants vs. Zombies Garden Warfare. Besides, if the report that the EA representatives have provided to investors earlier this year is still correct, then we can predict that the new game will release before April 2020.

No doubt that the company has sent out alpha playtest invites for the new Plants vs. Zombies shooter at the end of the last month, but this currently codenamed Picnic game has yet not been officially announced. For more visit: https://www.trademarkmaldives.com