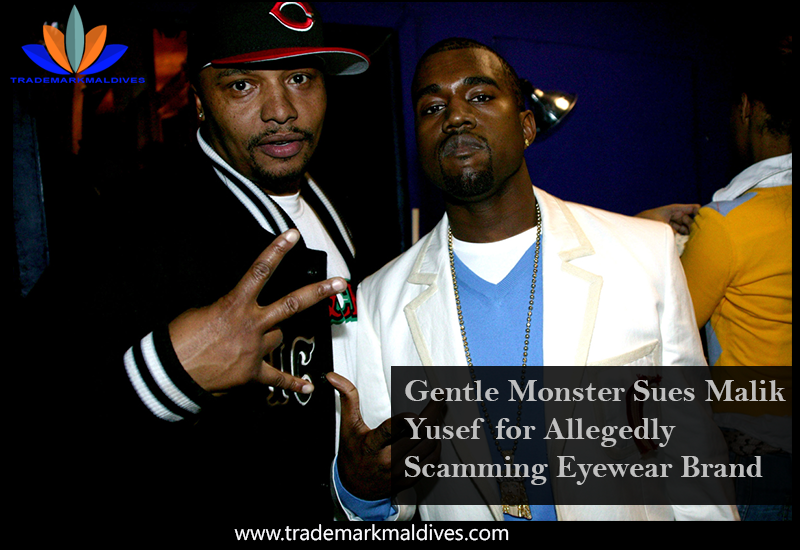 A Korean-based fashion brand widely known for its eyewear — Gentle Monster has sued Kanye West’s collaborator Malik Yusef for allegedly forging Ye’s signature on contracts in addition to faking invoices and making an enormous amount of money in the process. This year in February, the South Korean eyewear brand, Gentle Monster had promoted and released a video known as “13 Music” that supposedly featured a track written and produced by Yusef and Kanye West. Post its release, Kim Kardashian had tweeted that, “Kanye is not involved and didn’t produce this song.” Furthermore, Gentle Monster had taken down “13 Music” and all the promotions associated with it.

In the lawsuit filed in the Los Angeles Country Superior Court against Malik Yusef and others, Gentle Monster has asserted that Yusef had taken an undue advantage of his seemingly close relationship with Kanye West to swindle Gentle Monster into believing that he could bring some of the world’s most famous and reputed artists together to compose and produce a number of videos which could easily increase Gentle Monster’s brand name and recognition globally. As per the report, Yusef had successfully arranged a meeting between Kanye West and Won Lee, who is the CEO of Gentle Monster US, in Jackson Hole, Wyoming. After the meeting, the suit claims that Yusef had given Won Lee a notarized Universal Music Publishing Group song agreement which authorized the release of a new track entitled “New Angels” for Gentle Monster’s campaign. The agreement came into sight along with West’s forged signature and a copy of his driver’s license which according to the lawyers of Gentle Monster was procured by Yusef without Kanye’s consent.

In a nutshell, Gentle Monster is now suing Malik Yusef along with his manager and business partner Burundi Partlow, and Sonja Nutall, who had introduced Won Lee to Yusef, on claims of fraud, breach of contract, and many more. The eyewear brand is also seeking damages of a sum to be determined at trial. For More Visit:  https://www.trademarkmaldives.com/