IBM Patents a Smartwatch that Transforms Into a Tablet 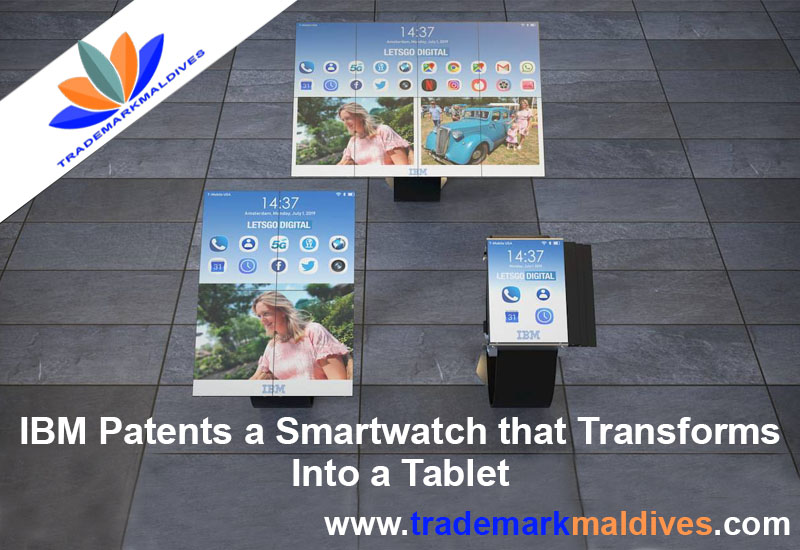 The famous tech giant IBM has acquired a patent for its foldable smartwatch that transforms into a smartphone or an eight-panel tablet. The Patent Application includes a concept that appears implausible today but could become real in the upcoming years due to continuous advancements in display technology.

The company filed the patent application with the title “Variable display size for an electronic display device” three years ago in 2016 but obtained the grant in the mid of June 2019.

The patent showcases a rectangular shaped watch having a thick case under the display. The thickness is because the case consists of a slot including seven more display panels. Users will be able to open and use as many display panels as they want, say one, two, or all eight. Since each display panel is of 3-inches by 2-inches size, opening the whole device results in a tablet having a screen measuring 12-inches by 8-inches. By opening four panels, the user can transform his smartwatch into a smartphone with the proper reform in UI (user-interface).

The smartwatch includes many other considerable features. Some of them are as follows:

According to IBM, the concept is to make the screen more abundant by employing a set of slides that create a storage slot within the case. The case is capable of recognizing the display size when the users open up additional panels. However, the main emphasis of the concept is to expand the watch display to tablet size, but IBM also focuses on helping people to increase watch display to smartphone mode.

At present, IBM is focusing on quantum computing, consulting, and artificial intelligence (AI) rather than the foldable smart gadget. Moreover, the concept seems implausible today but could be possible with display technology advancements. Hence, no one can predict when the giant will pull such a smart device out of its technological hat. For more visit: https://www.trademarkmaldives.com/