Internet Broadcasting is Not Included, Under Section 31D of the Copyright Act: Bombay HC 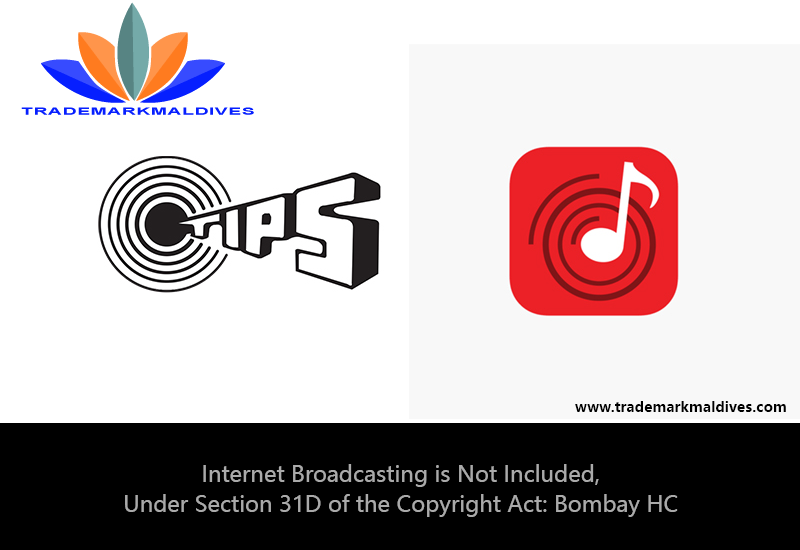 The Bombay High court has permitted an interim injunction in the favour of Tips Industries against Airtel-owned music streaming app Wynk. The Plaintiff sought a short-term order to limit Wynk from further downloading and streaming of Tips Music. Justice SJ Kathawalla has refuted the claim that online streaming service is authorized to grant a statutory license for internet broadcasting, under Section 31D of Copyright Act.

The plaintiff is Tips Industries Ltd., owner of the music label in India, which has copyright over the considerable depository of popular music. In 2016, Wynk Music Ltd was given the license of this repository. The license was terminated in 2016,  and both the parties tried to reach an agreement of the terms and conditions for allowing Wynk to download and stream the music repository of Tips.

After the negotiation was dismantled, Wynk took refuge by advancing Section 31D of the Copyright Act. Under the Section 31D of a statutory licensing scheme as per any broadcasting organization, desirous of ‘communicating to the public’ any music recording, should obtain a statutory license for the same, by paying the royalty fee to the copyright owner, as per the charges fixed by the Intellectual Law Board.

Tips challenged the claim of Section 31D by the Wynk, and took legal action against Wynk for infringing their sound recording copyright under section 14 (1) (e).  Justice CJ Kathawalla turned down the accused’s claim for the violation of the copyright, and prima facie found Wynk guilty for two grounds- first, for selling the music under Section14) (e) (ii), secondly, for permitting the downloading and offline streaming of the plaintiff’s work, and for communicating the Tips’ work to the public through their streaming service, under Section 14 (1) (e) (iii).

The Bombay High Court addressed Wynk’s claim of copyright infringement, and ended the confusion related to online streaming and the statutory licensing  scheme under Section 31D:

The court stated that Wynk’s  music app’s feature of granting the customer the right to download song and store for the unlimited time period constituted a sale and not public communication, and consequently, did not include the broadcasting as per the Section 31D. Hence, Wynk did not have any right to claim a statutory license for the same.

Wynk argued that Section 31D encompasses online Broadcasting and its streaming service is also covered under the radio broadcasting.

The defendant also refers the inter alia, upon a DPIIT office memorandum from 2016, which entail that Section 31D does cover internet broadcasting.

However, the court straight away declined this defence.

The court held that Section 31D was a deviation to copyright case, and must not be taken as a precedent for all the cases. Justice Kathawalla also claimed that section 31D clearly incorporates only radio and television broadcasting, and does not include internet broadcasting. Consequently, the defendant could not claim that the legislature intended on ‘radio’ broadcast to comprise the online broadcasts.

The court also denied the defendant‘s dependence upon the Government of India Office Memorandum, asserting that it was not in the ‘guidelines nature’ and needed statutory authority and consequently could not exist in the under Section 31D, statutory scheme.

The court held that the Independent Payment Advisory Board, (IPAB) did not have the authority of directing the rates for internal broadcasting. Further, the  Court asserted that statutory scheme under Section 31D, consists of the Copyright Act’s Rules 29, 30, and 31,  specifying that prior regulation of royalty rate by the IPAB was extremely crucial for the statutory license citation, under Section 31D.

Wynk also tried to hold that Rules 29, 30, and 31 were ultra vires section which were meant for the royalty rate regulation, but this line of reasoning was rejected by Justice Kathawalla, who proposed that there is a huge difference between the statute and the rules.

Finally, the court granted an interim injunction to the Tips industries, considering the fact that they made a prima facie case, would have suffered a massive loss of revenue, and the balance of convenience was also granted in the plaintiff’s favour. For more visit: https://www.trademarkmaldives.com/