Prada Fights with Supplier for its Alligator Hatchlings 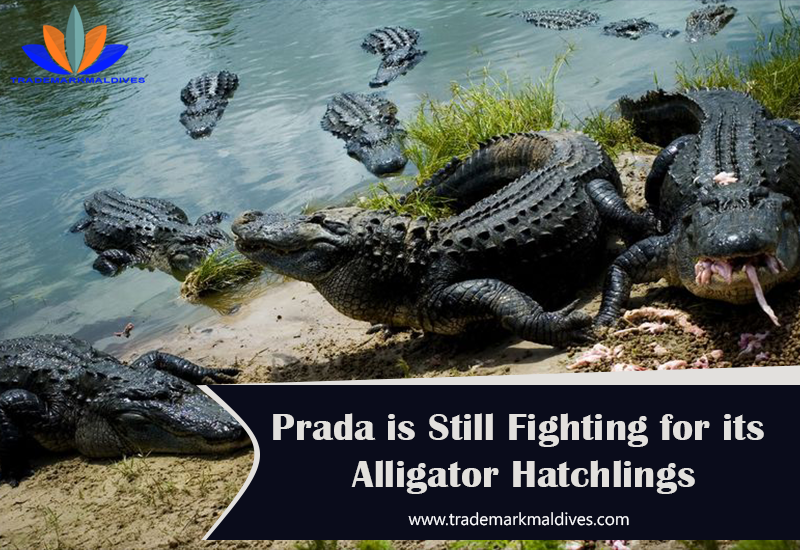 The Italian fashion house Prada is still fighting a multi-million dollar battle with Florida-based alligator contractor, Caporicci USA Corp. which started in 2017 when the alligator supplier had failed to give Prada the 15,000 hatchlings it had officially paid for. To be precise, the Miami-based supplier couldn’t provide Prada with alligator hatchlings of worth $1.2 million in one case and grown alligators of worth $2 million in another case which the Italian brand uses to make its pricey accessories. When the Miami exporter of quality American alligator skins or hides turned down to refund more than $600,000 to Prada after failing miserably to serve many alligator hatchlings, the fashion label took the issue before an arbitrator in Milan.

In the proceedings of the Arbitration Court of Milan, the tribunal had discovered early this year that Caporicci had seriously breached it official agreement with Prada and had ordered to refund $633,213 for the 3,761 hatchlings it couldn’t obtain and deliver to Prada. The tribunal also ordered to replace 3,761 hatchlings found inappropriate. Since then, Prada has appealed to the Federal Court in Miami to impose and administer the Tribunal’s orders. However, Prada faced a pushback from Caporicci USA which requested the court to delay its decision till the proceedings in a different but related suit come to a conclusion.

Immediately after Prada had initiated arbitration in Milan, Caporicci began its own proceedings in late 2017 over a separate deal turning bad with Prada involving 700 young alligators and 26 full-grown alligators. In its Lawsuit filed in the State Court of Florida, Caporicci stated that it couldn’t supply a chain of alligator’s hatchlings to Prada because of a turning point in their relationship when the fashion house and one of its vendors GNP Pelli di Pezzoli Gian Andrea had allegedly bought hides and hatchlings from three alligator farms without paying Caporrici a decided-upon broker’s commission. As per Caporicci’s lawsuit, Prada and GNP Pelli had purposely and unlawfully intruded in its relationship with other alligator vendors. The alligator contractor also asserted that GNP Pelli had received an enormous amount of money from the alligator skins and had failed to pay the commission which gave rise to damages of worth $2 million.

This legal battle between the fashion house Prada and Caporicci USA Corp. is still ongoing in the Southern District Court of Florida. For More Visit:  https://www.trademarkmaldives.com/