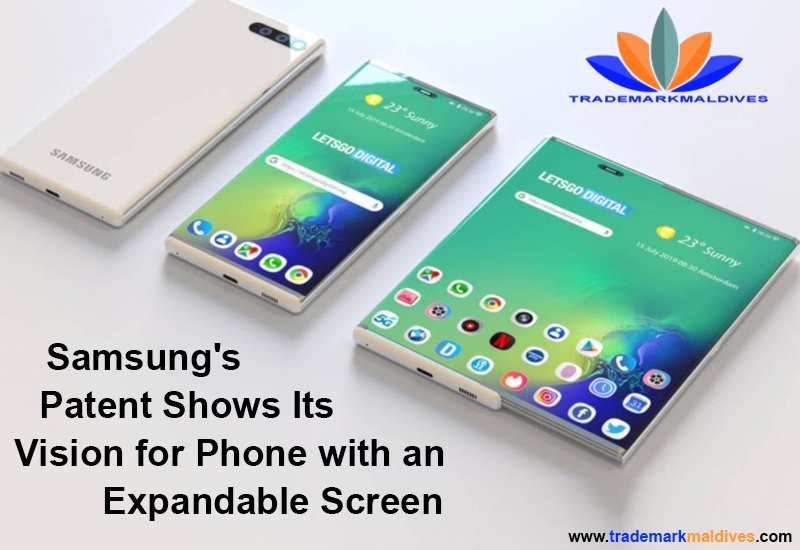 Samsung, the South Korean tech giant, is in the news for several announcements, including information regarding the launch of Galaxy Note 10 and 10+, which is set to take place on 7th August, 2019, at the Unpacked event. Although the Galaxy Fold smartphone hasn’t launched yet, talks about the South Korean multinational conglomerate is planning to come up with another phone, are already in the air.

In a recently published patent documentation, the firm has proposed the design of a phone that will be available with a pull-out display. The patent got filed around the end of 2018, but approved in May and published from the Korean Intellectual Property Office on 24th June 2019.

The patent details show the phone with a smart expandable display that extends the screen’s width by nearly fifty percent. The display panel is set to open on the right-hand side. When the user opens the screen, a frame border will also get opened around the display to safeguard it. The smartphone with this design will not just provide the tablet-sized viewing experience but also keep the screen protected. The information also unveils a punch-hole camera that appears in the middle of the front display. The patent doesn’t share information about the technical aspects and functioning of the phone.

Undoubtedly, the details of the new smartphone excite the users, but as this is just a patent filing till now, it is difficult to predict when Samsung will release the exciting gadget.

There is a dire need to note that the firms frequently file patents, but it is not necessary that each ends up into the light of day. Ultimately, whether Samsung will bring a smartphone-based on this design or not, remains confusion. For more visit: https://www.trademarkmaldives.com/