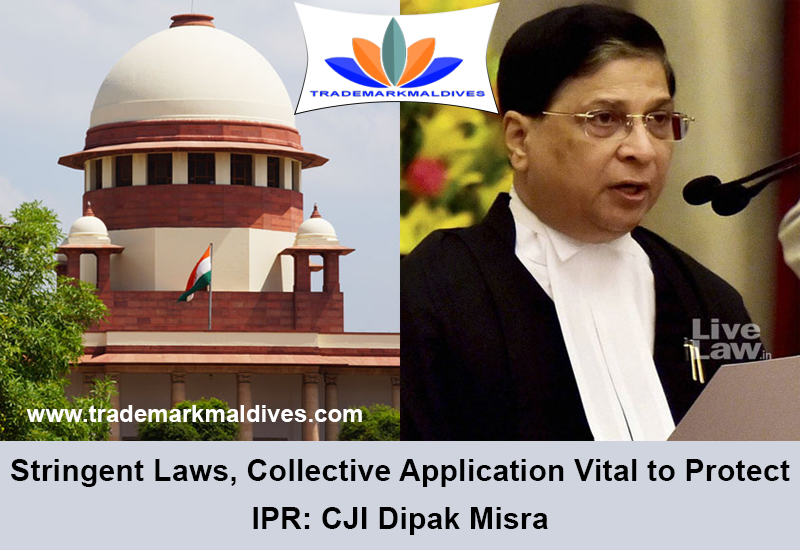 Former CJI (Chief Justice of India), Dipak Misra said that the business corporations in the current global economy focus on staying competitive by deeply managing Intellectual Property (IP). That is why; stringent laws and their collective enforcements are imperative for the security of Intellectual Property Rights in India.

Misra at a conference held in New Delhi delivered a speech on intellectual property through collective enforcement. In his speech on this topic, the justice emphasized that though the proprietary knowledge and possessions of mind are attaining recognition over centuries, IP gained importance in the present framework due to incessant advancements in trade and technology.

Continued speaking at the conference, Justice Misra added that the significance of intangible goods is increasing at a rapid pace, thus forcing businesses to create and manage IP conceptions as their keys for achieving competitive advantages and improved performances.

Continuing further, he came up with the following information:

In India, the ancient times were facilitated with the ideology that knowledge sharing is better than all other kinds of giving. However, today, IP is what acts as the planned alliances of growth in socio-economic and technology. It is the basic context of sustenance in the existing economically competitive era.

In the view to promote inventions, it is necessary to consider Intellectual Property Rights. Undoubtedly, the legislative system is not just in force but also in accord with a framework of developing countries but that’s not sufficient. Since India is moving ahead in the form of a developing nation, some other stringent laws are required.

Our country is advancing to such level of development that we need to have control, have a safeguard, and provide protection to those who are creating and inventing or actively involved in innovation.

Dipak Misra known as a former CJI was born on October 3rd, 1953. Being the 45th Chief Justice of India, he served the nation from 28th August 2017 to 2nd October 2018. He is also identified as the nephew of Justice Ranganath Misra who served the nation as the 21st CJI from 1990 – 91. For more visit: https://www.trademarkmaldives.com/