Brooke Shields, an American actress, model and former child star, is well-known for her iconic eyebrows. The star is said to be taking legal action against the celebrity makeup artist Charlotte Tilbury for naming an eyebrow pencil using her first name and initial without her consent.

Brooke’s desirable, bold and bushy eyebrows have been a signature part of her look since the beginning of her career, and she has spent time to develop possible opportunities to create her own cosmetics line emphasizing on eyebrow-enhancing products.

The 53-year-old actress has filed a complaint claiming that Charlotte Tilbury is attempting to make huge amounts of money by naming a shade of its “Brow Lift” eyebrow pencil “Brooke S”. As per the reports, Shields was out for shopping when she discovered the fact that a product by Charlotte Tilbury was being used and sold under her name.

Alex Weingarten of Venable LLP said in a statement, “Charlotte Tilbury and its related retailers have attempted to profit off Brooke’s signature look by stamping Brooke’s name on an eyebrow pencil without her consent. This is an egregious violation of Brooke’s rights, which we will litigate vigorously to vindicate.”

According to the suit, Brooke’s is now asking the court to force the defendants, which include Charlotte Tilbury, Beautylish, Bergdorf Goodman, Bloomingdale’s, J.C. Penney, Neiman Marcus, Nordstrom, Sephora and Yoox Net-a-Porter, to cease their use of her name. She is also seeking the unspecified monetary damages. More Visit: http://trademarkmaldives.com/ 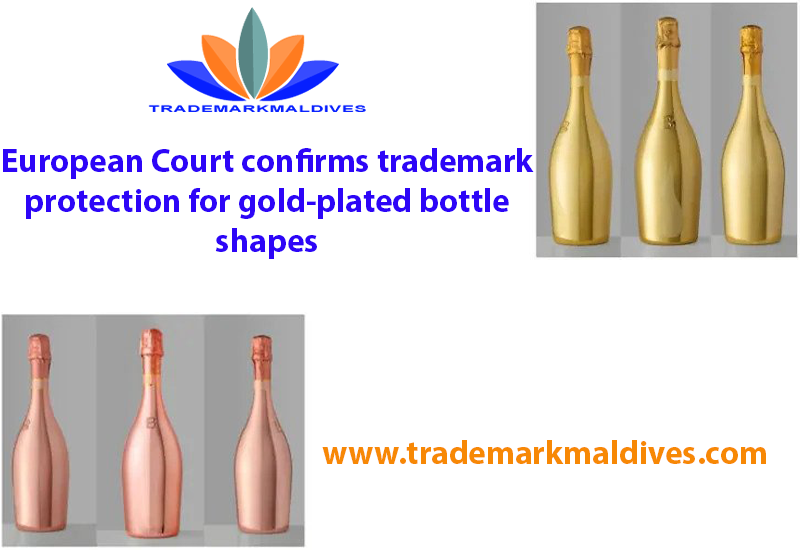 An important judgment is taken by the European Court on three-dimensional union marks in the packaging sector which states that the gold-plated and pink-coated bottles shapes can be protected as 3D Union trademark from now onwards. This decision is a result of two invalid proceedings corresponding to Trademark Protection for the bottle shapes with a special coating.

In 2013, Sandro Bottega, the head of Bottega Spa-Winery, Cellar and Distillery since 1977, had appealed for the 3D Union Trademark Registration of bottle shapes with a color coating of gold and shimmering pink. The application was accepted and the marks are now registered in Nice 33 pertaining to many beverages, including alcoholic and non-alcoholic ones.

However, plaintiff Vinicola Tombacco Srl, Trebaseleghe,Italy, opposed this registration by putting forward actions for annulment against the two marks registered but these oppositions and actions were rejected, first by the EUIPO and now by the European Court. The plaintiff then again argued by saying that the golden-colored coating on the bottle of the mark provides a significant value to the products concerned. The Court of Justice of the European Union (CJEU) discarded this opposition raised by saying that the color remains incomparable with a feature or characteristic of the shape of the sign, which the plaintiff was completely reliable on. It also asserted that the mark in this dispute consists only of the shape of the packaging of the goods and not the shape of the goods themselves as beverages, being in liquid form in their natural state; need a packaging for selling.

After Tombacco’s first failed attempt, he came up with a further argument against the 3D Union Trademark registration of the bottle shape coated in pink shimmer color. The Board of Appeal failed to consider that the applied paint on sparkling wine’s bottles preserves the sensorial properties of the contents by acting as an obstacle to the oxidation process. Therefore, a ‘technical effect’ is aimed to achieve by the combination of the bottle’s shape and its specific color. However, the European Court rejected this reasoning of the plaintiff as well by drawing attention towards the fact that with respect to the Trademark Law, the term ‘shape’ generally signifies a series of lines or contours, defining the product concerned in space, so that a color can’t itself form a shape, without being defined in space. As a result of which, an applicant can’t rely solely on the technical effect of the color, which however, stays unexplained.

At last, a final opposition was raised by the plaintiff where he referred to the Opinion of Advocate General Szpunar in Louboutin and Christian Louboutin which said that “the combination of shape and color” is likely to be affected by the prohibition of “shape which confers substantial value on products”, which was once again dismissed by the CJEU, considering it to be invalid. The European Court, therefore abandoned the action for invalidity. More Visit: http://trademarkmaldives.com/