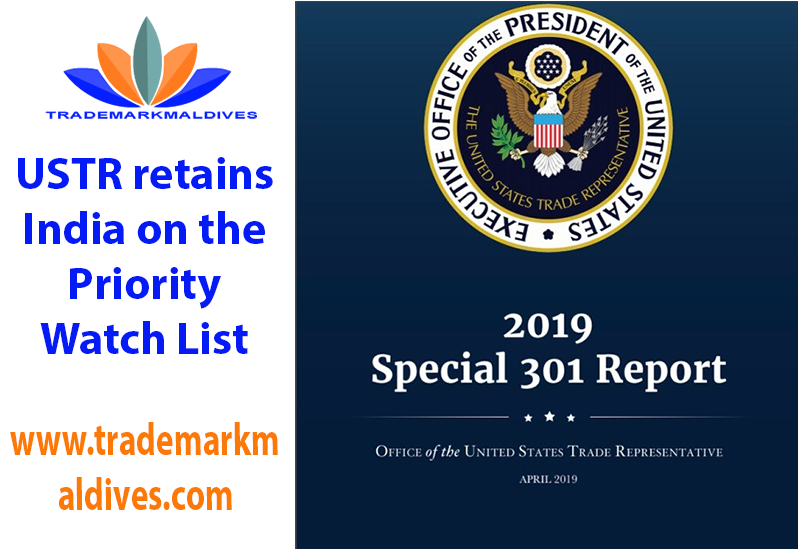 The United States Trade Representative (USTR), yearly conducts the Special 301 Report, a result of an annual review of the state of IP protection and enforcement in US trading partners around the world. This list includes the Priority watch list countries identified as having several serious Intellectual Property Rights inadequacies that need an increased USTR supervision. Due to India’s insufficient measurable improvements on the Intellectual Property Rights framework, it once again became a victim of the Priority Watch list for the 27th year in a row. Along with India, USTR has identified 11 countries in its Priority Watch List including China, Indonesia, Russia, etc. In the recent Special 301 Report issued by the USTR, the US termed India as “one of the world’s most challenging major economies” corresponding to the management, protection and enforcement of intellectual property.

Although India has taken several steps in the past to discuss the problems of enforcement of the IP rights, many of the actions have not yet converted into tangible advantages for the creators, and, it is a matter of fact that, yes, India has definitely dismissed the observations in the Special 301 report over the years admitting it as a unilateral report of the US since India was completely amenable with multi lateral IP directives.

In this report, the US accused India of having major long-hauling IP decisions making it difficult for the applicants to receive and perpetuate patents in their respective businesses, specifically for pharmaceuticals. The report even claimed that both India and China were the leading sources of the spurious medicines distributed globally. Although the exact figures remain undisclosed, studies suggest that up to 20% of the drugs sold in the Indian markets are forged and could pose a serious threat to life. The USTR also declared that India maintained exceptionally high custom duties towards IP intensive products such as pharmaceuticals, medical devices, solar energy equipment, to name a few, in spite of India’s repeated premises of restraining IP laws to increase the access to the growing trend in technologies.

At the same time, the report also noted the progress made by India in the last one year by appreciating India’s Cell for Intellectual Property Rights Promotion and Management (CIPAM) efforts to unravel processes, encourage commercialization, and increase IP awareness.

In a nutshell, the USTR wants the governments of the countries included in the Priority Watch list to support the IP systems by making sure to use obligatory licenses only when the circumstances are extremely unlikely and after putting in all the efforts required to procure authorization from the patent owner using rational terms and conditions. The US will continue to look at developments as required with the trading partners including India. More Visit: http://trademarkmaldives.com/