New Patent Application Shows Walmart is Seeking its own Cryptocurrency 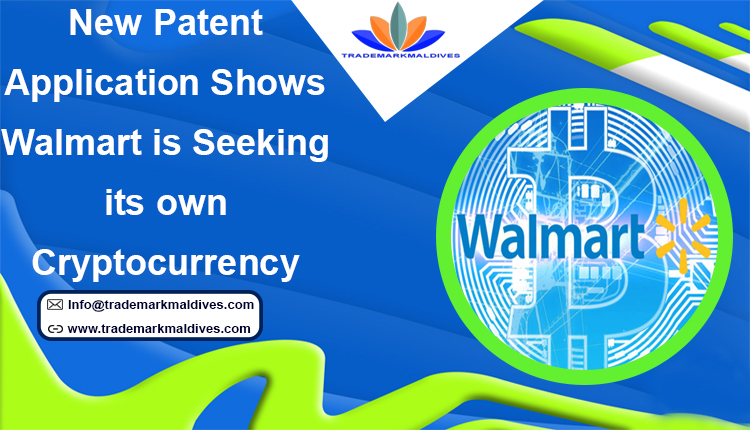 The retail giant Walmart emerges as the latest entity to move into the space of cryptocurrencies by applying for a new patent focusing on Walmart’s currency. It appears that the retailer is emphasizing a high-profile invasion into the stablecoins arena with the fiat-pledged cryptocurrency.

Walmart filed a Patent Application covering a way for making use of the digital coins tied to the traditional fiat cryptocurrency, which could enable faster and cheaper transactions along with reliability, – as per the filing published on 1st August 2019 by the U.S. Patent and Trademark Office (USPTO).

Walmart Apollo, in its application, described that the currency whose formation would be based on blockchain technology could provide a fee-free or fee-minimal place to store wealth, which could be converted to cash or spent at retailers.

The retailer also proposed that sometimes, the digital currency could even remove the needs for credit or debit cards with persons themselves being credit cards to their digital value banks. It continued by saying that the invention could:

The digital currency could appear as a profitable alternative that allows low-income households to manage wealth at institutions, which can supply a majority of the products they need on a day-to-day basis.

Blockchain technology is not new for Walmart; instead, it is already being used by the company to keep track of products through its supply chain. For instance – in 2018, the retail giant partnered with IBM for tracking food globally along its supply chain and improving food safety.

No doubt that the retail giant is making noticeable efforts in this field. But, an email in which Kory Lundberg, a spokesman for Walmart wrote that they don’t have any plans for this patent, shows that even if approved, Walmart doesn’t appear to launch a coin similar to Libra.

Powered by blockchain technology, Libra is a new global currency proposed by Facebook.

Facebook (FB) has also set its vision on cryptocurrencies, by announcing (this year in June) that its Calibra would soon propose a digital wallet for Libra. However, in its second-quarter earnings release, FB told the investors that certain aspects could interrupt the Libra’s release. Previously, the launch of Libra was expected to take place in the next year. For more visit: https://www.trademarkmaldives.com