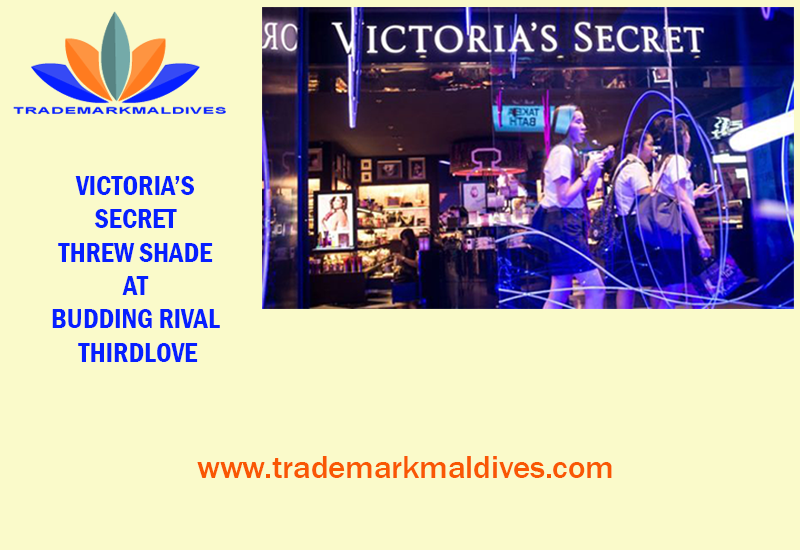 Victoria’s Secret, an American designer, manufacturer and marketer of women’s lingerie, women wear, and beauty products, has energized a prolonged and bitter quarrel with ThirdLove, an American company producing and selling bras, underwear and lounge wear, by the means of sedate US trademark applications. While ThirdLove might interrupt or distort the lingerie business, the global lingerie giant Victoria’s Secret strongly believes it still is customers’ “first love”.

The US Patent and Trade Office (USPTO) has officially agreed to the company’s trademark application, thereby attaching the phrase “first love” to a line of its personal care products. Although Victoria’s Secret has succeeded in acquiring its beauty products’ rights, it couldn’t trademark the phrase in association with its apparel and lingerie as the USPTO stated that “Victoria’s Secret First Love” is confusingly similar to “First Love,” an existing trademark registered for the same type of product, namely, women’s clothing.

Despite Victoria’s Secret recent ups and downs on the fashion runway, the lingerie giant remains the queen of lingerie. However, it is a matter of fact that yes; Victoria’s Secret has lost around 3.8 million customers over the past two years and has delivered a formal public statement on its plans to close 53 stores this year as opposed to its annual average of 15.

Coming to ThirdLove, the company had secured a $55 million fundraising round from a group of investors consisting of Susan Wojcicki, CEO of YouTube, and Anne Wojcicki, CEO and co-founder of 23andMe, genetic testing company. Also, ThirdLove is now generating $100 million annual revenue and has become famous among women as its online “Fit Finder Tool” is being used by many customers to find their bra size.

When ThirdLove was questioned on whether they had opposed Victoria’s Secret application to trademark “first love”, the online lingerie retailer, Zac, refused to give a statement by focusing attention to their open letter which was published as a full-page ad in the New York Times in 2018 which read in one part, “Your show may be a “fantasy” but we live in reality”.

Nevertheless, it is not an end for Victoria’s Secret as still has time till June this year to make the required justifications in support of the trademark application’s registration. More Visit: http://trademarkmaldives.com/